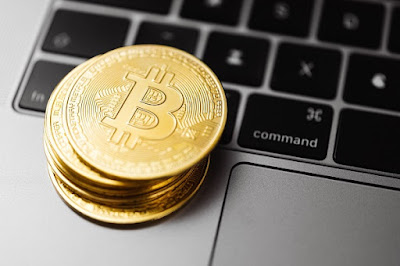 According to Accenture research titled "Digital Assets: Unclaimed Territory," as many as 52 percent of Asian investors have invested in digital assets. After equity, fixed income, cash equivalents, and real estate, digital asset investment trends are the fifth most popular investment.

Meanwhile, Indonesia is ranked first in the Asian market as the country with the most popular digital asset investment trend, with a total of 86 percent. According to the data, 72 percent of Indonesian investors have invested, and 14 percent are considering doing so.

The number of cryptocurrencies is growing over time, indicating how many cryptocurrency enthusiasts there are today. According to the Coinmarketcap.com website, the following are the ten largest crypto coins in terms of market capitalization.

Satoshi Nakamoto developed Bitcoin (BTC) in 2009. BTC participates in the blockchain system, which is a technology for storing digital data that records all transactions in cryptography.

BTC is the most promising crypto coin, according to Analytics Insight, and is expected to be the most purchased coin in 2022. El Salvador, for example, has made Bitcoin legal tender.

According to Coinmarketcap.com, the price of the BTC coin is currently $ 20.3 thousand, or approximately Rp. As of Monday, (20/6), the stock was worth 300.9 million and had dropped 23.63 percent in the previous week. Meanwhile, Bitcoin continues to have the world's largest market capitalization, with a value of $391 billion dollars, or IDR 5.7 quadrillion.

Vitalik Buterin launched Ethereum in 2014 with a crypto token called ETH. According to Forbes.com, Ethereum is popular among developers because it is the most comprehensive smart contract platform. ETH is also the home of crypto technologies such as DeFi, NFTs, meme coins, and even dApp technologies.

According to Analytics Insight, ETH is the most promising crypto after Bitcoin because it has been able to survive the crypto market turmoil and has provided investors with a Return on Investment (ROI) of more than 650,000 percent.

RealCoin, a cryptocurrency, was launched in July 2014. Then, in November, RealCoin changed its name to Tether, and in February 2015, a company called Tether Ltd began trading with a token called USTD.

The goal of USTD is to facilitate cryptocurrency transactions using fiat currency exchange rates such as US dollars or Euros. Because USTD has a one-to-one relationship with the US dollar, it can be considered a stable crypto coin.

On Monday (20/6), the price of one USTD was reported to be $0.99 or IDR 14.6 thousand. Tether's market capitalization of $ 67.84 billion dollars, or equivalent to Rp, currently ranks third among the world's largest crypto market capitalizations. 1.05 quadrillion with a $ 56.12 billion trading volume

Circle, a payment technology company, first introduced USD Coin and its token, USDC, in September 2018. USDC, like Tether, is part of the stablecoin network and has a one-to-one exchange rate with the US dollar. However, in terms of auditing and regulation, USDC is said to be safer to use. USDC adheres to US regulations and collaborates closely with banks and auditors to be audited monthly.

Binance coin is a cryptocurrency coin issued by the Binance company in 2017 that is traded with the BNB token. This coin could initially only be used on the Binance platform. However, the function has evolved and it can now be traded or exchanged for other cryptocurrencies.

In today's trading, the price of BNB was $208.04 USD, or approximately IDR 3.08 million. Meanwhile, its market capitalization has risen to $ 34.97 billion, or the equivalent of Rp. 515.5 trillion and is the world's fifth largest cryptocurrency by market capitalization, trailing only USD Coin.

Binance USD, also known as BUSD, is a stablecoin launched in September 2019 by the Binance company and the blockchain company Paxos Trust. BUSD, like USDC or USDT, has a value comparable to that of a fiat currency, namely the US dollar.

Cardano was created in 2015 by Charles Hoskinson, the founder of the Ethereum blockchain. In 2017, he launched his main platform and token, ADA.

Solana is one of the crypto coins that has grown exponentially in the two years since its release in 2020. Solana, with its token SOL, is clearly included in the list of the top ten crypto coins by market capitalization.

At first, this digital currency was just a joke created by software engineer Billy Markus to mock other digital currencies, specifically Bitcoin. Dogecoin, which has the face of a Shiba Inu dog, was first introduced on December 6, 2013 with the DOGE token.

DOGE's growth has been increasing year after year in its development. Even at the start of 2021, the growth rate had surpassed 5000 percent. Elon Musk became a major supporter. During the launch of Katadata.co.id, Tesla's CEO stated that DOGE is his favorite crypto coin.